This past summer in Victoria, a brand new walking/hiking/biking/horse-riding trail was finished and unveiled through an area that was not previously publicly accessible – the Sooke Hills Wilderness Trail. This trail also connected sections of the The Great Trail where there was no continuous link before. The Great Trail (previously known as the TransCanada Trail or TCT) is just that – a trail that can be walked or biked all the way across Canada, from St John’s, Newfoundland to right here in Victoria, BC and all the way up to the Northwest Territories. Its the longest trail in the world.

The Trail was meant to be completed by Canada’s 150th anniversary this year, and though technically 100% completed, there are long sections that just travel alongside a road shoulder or busy highway. Some sections cross water (The Great Lakes and the Strait of Georgia) and can be crossed by kayak or canoe (or sometimes a ferry). So it all depends a little bit on your perspective. 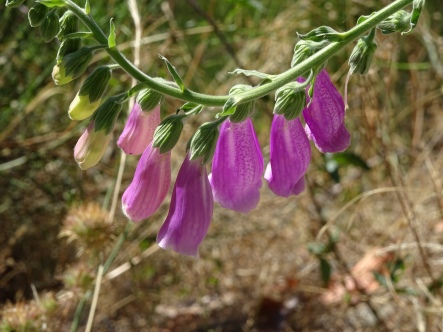 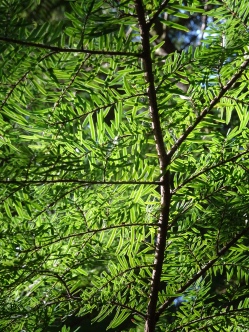 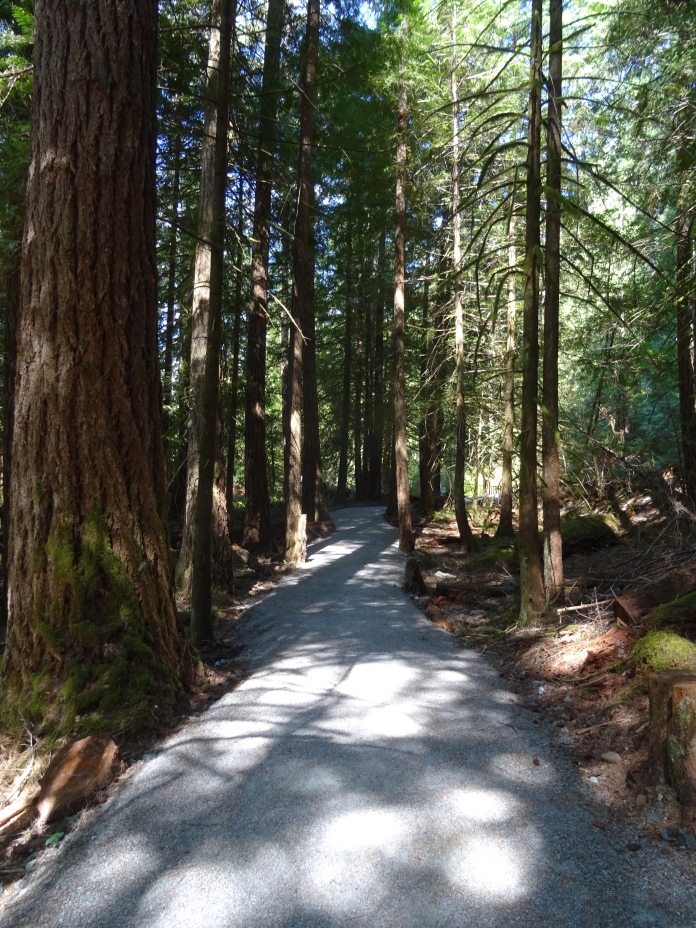 In August, we went to check out the new Sooke Hills Wilderness Trail, a 13km-long gravel trail that traverses over land that is part of the city’s water supply and forestry land. There’s some pretty steep terrain in this area so we checked it out on foot instead of bikes. Its a nice walk on a wide trail through tall Western Hemlock trees with a very Pacific Northwest feel. Not far down the trail is a viewing platform of Waugh Creek Falls, but in late-August after a hot summer when we went, it was a mere trickle. The uphill walk past the suspension bridge was a feat on a hot day, and I couldn’t ever see making it up on my bike.

A few weeks ago, we went to another section of the Great Trail near the north end of the Sooke Hills Wilderness Trail and the southern end of the Cowichan Valley Trail. This part of the trail has a similar landscape with lots of hemlock trees, however, the history of forestry and logging is much more evident here with whole stretches of land mowed down to bare earth and soil. There are some lovely bridges over creeks and further north, a nice view looking south toward the Olympic Mountains.

In Victoria, The Great Trail travels along scenic portions of the city, including the inner harbour and the Gorge Waterway before heading west toward suburbs and eventually, the Sooke Hills Wilderness Trail. The urban portion is mostly flat and paved most of the way. There’s a lot to see if you stop and take some time to explore the Great Trail near your home. For a look at the Great Trail across Canada, check out the submissions from the 2017 Canadian Geographic Great Trail Photo Competition! If you live in Canada, what’s the trail like in your neck of the woods?