Following my overview of some birds I saw on the Canadian Rockies trip I took in April, part 1 was the birds I saw in and around the parks themselves. Part 2 is what I saw en route from Vancouver to the Columbia River Valley including some birds and other sights. Driving from the chaos and traffic of Vancouver, we took the scenic route through the Coast Mountains via Whistler on the Sea-to-Sky Highway past Stawamus Chief and Mt Garibaldi.

Standing out above Howe Sound and the highway, Stawamus Chief is a granite monolith akin to Half Dome in Yosemite. Nearby Mt Garibaldi is a 2,678m high stratovolcano. It is the northernmost volcano of the Cascade magmatic arc which also includes Mt. Rainier and Mt. Baker (Mathews and Monger, 2005).

Coming down from the snowy Coast Mountains and onto the flat dry interior, we arrived at our halfway point – Kamloops, BC. As part of a semi-arid region reaching down to the deserts of Nevada, it is a stark contrast to the green west coast.

It certainly brought back memories of the Nevada and Utah desert with prickly pear cactus, sagebrush, Ponderosa Pine and yes, even rattlesnakes (Yep, rattlesnakes in Canada). Along with these geographical changes came some different birds, including the Black-billed Magpie and the yellow-shafted Northern Flicker. 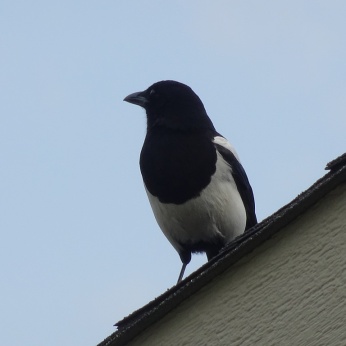 East from Kamloops, we headed toward the Selkirk Mountains and Mt Revelstoke, passing through Glacier National Park and the Monashee Mountains via Roger’s Pass to come out at the Columbia River Valley. This valley is one of the few remaining mountain valleys where natural wetlands remain today and it is incredible. I could have stopped here for a few days to explore its rich wildlife. We passed more osprey nests along the river than I’ve ever seen in one area before!

In the valley, we stopped at Reflection Lake just south of Golden, BC for a break and some dinner cooked on the camping stove. It was a lovely site to watch birds, with lots of American Coots, Canada Geese, Mallards, Buffleheads, Song Sparrows, Marsh Wrens and Red-winged Blackbirds. It was a lovely and refreshing stop to watch the birds in the late afternoon as the sun began to fade behind the snow-flecked mountain peaks. That night, we would finally reach the Rocky Mountains proper, in Radium Hot Springs and Kootenay National Park.

Next up is the final Birding highlights of the Canadian Rockies Part 3 – heading home from Jasper to the Fraser Valley.

Related posts:
Birding Highlights of the Canadian Rockies Part 1: the mountains and valleys

2 thoughts on “Birding highlights of the Canadian Rockies Part 2: Vancouver to the Columbia River Valley”